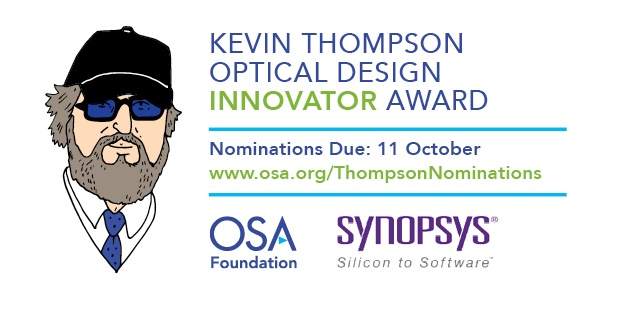 The late Kevin Thompson, who served as a visiting scientist at The Institute of Optics at the University of Rochester and an engineer at Synopsys, has been honored by The Optical Society, which has named a new award in his honor.  The deadline for nominations is October 11, 2017.  Kevin was a leading expert in understanding the aberration fields of a new class of nonsymmetric optical systems using freeform optical surfaces.  The Kevin P. Thompson Optical Design Innovator Award will recognize contributions to optical engineering, lens design, or metrology at an early career stage.  Learn more about the award and OSA’s fundraising campaign.