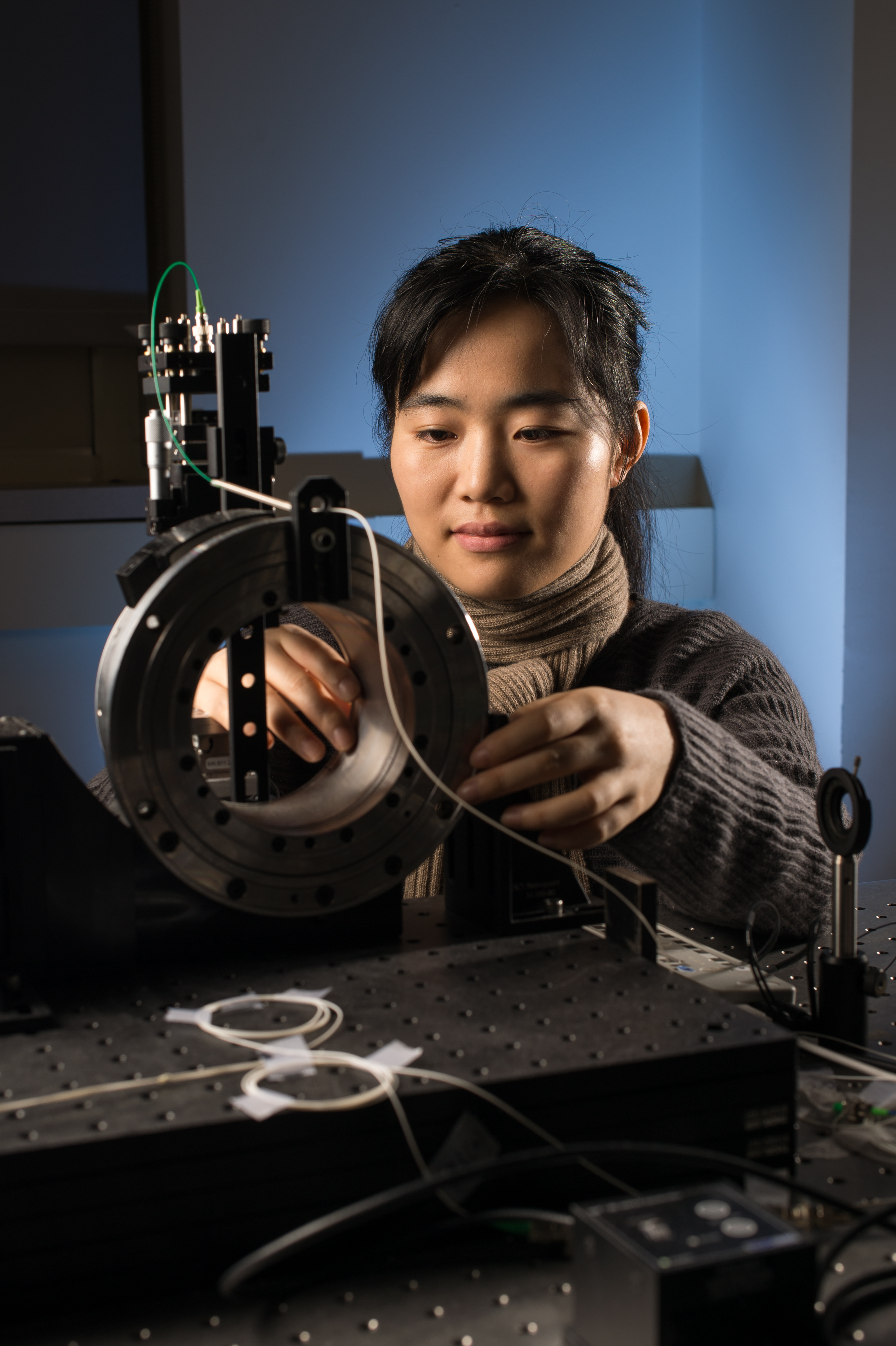 Jianing Yao is a recipient of the 2015 Best Female Student Award at The Institute of Optics, University of Rochester.

Jianing is a 6th year graduate student and has been working on the optical metrology of freeform and GRIN optics with Prof. Jannick Rolland. To date, she has published three peer-reviewed papers, two as a lead author. She conducted research under the DARPA MGRIN program in 2010 – 2012 and developed nondestructive testing methods and techniques for the inspection of GRIN optics that enabled effective manufacturing iterations of the parts. Since 2013, she has been tackling the novel metrology of freeform optics that are anticipated to leap forward the optics industry. She received NSF travel awards twice to present at the Optical Fabrication and Testing OSA Topical Meetings, one in Monterrey in 2012 and one in Hawaii in 2014. She has also presented her work at SPIE Optics & Photonics and OSA Frontiers in Optics in 2012, the NSF I/UCRC Center for Freeform Optics (CeFO) in 2014.  She will present next month at the OSA Imaging and Applied Optics Congress 2015 followed by SPIE Optifab 2015 in the fall. She has participated in mentoring nearly a dozen undergraduate and junior graduate research assistants in the laboratory. She also participated in writing grant proposals to secure funding for her PhD research that she successfully accomplished. She currently leads the Women in Engineering Group at the University of Rochester and has organized discussions with female professors and engineers to provide networking and mentoring opportunities for women in engineering. She was also engaged in Optics Family Night, lab tours for prospective graduate students, and Digital Rochester’s Technology Woman of the Year event as a female student leader.  Jianing thanks the II-VI Foundation for their support in advancing the science of optical engineering and CeFO for providing additional support in overall freeform metrology.