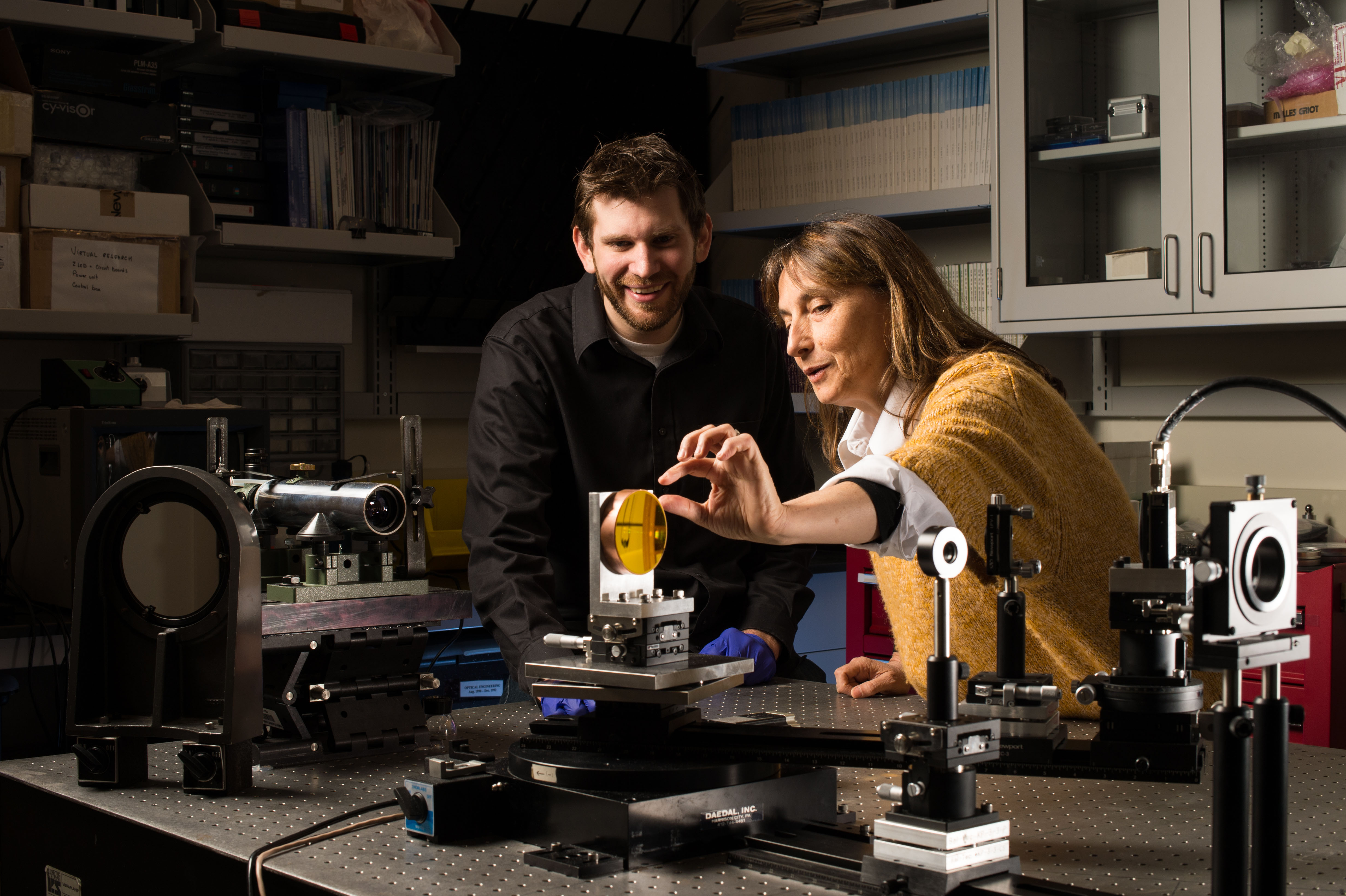 Kyle Fuerschbach (Ph.D. 2014) was the recipient of the 2014-2015 Outstanding Dissertation Award in Engineering and Applied Sciences at the University of Rochester.

Fundamental to the process of the optical design of complex lenses, from cell phone cameras to the optics that manufacture computer chips, is a guiding theory of the field dependence of the characteristic aberrations (spherical aberration, coma, astigmatism…) which was developed over a period of 150 years, starting in 1825.  The theory that emerged and still dominates today has a strict condition that the optical surfaces are all rotationally symmetric.  In the early 2000’s, optical surface manufacturers developed the ability to create rotationally nonsymmetric surfaces for use at infrared wavelengths.  Suddenly, there was an ability to manufacture surfaces for which there was no underlying aberration theory to guide the optical design process.

In 2011, Kyle Fuerschbach was performing a computer simulation that placed a common rotationally nonsymmetric surface deformation (trefoil) on a computer model of the James Webb Space Telescope (JWST).  During the simulation Kyle noted a graphical aberration field behavior that he traced to a vector-based aberration theory, Nodal Aberration Theory, developed by Kevin Thompson in 1979 during his PhD thesis advised by Professor Roland Shack.  The observation by Kyle was historic.  It solved an analytic puzzle that had been worked on by leaders in the field for over 100 years.  His one observation extrapolates immediately to the missing aberration theory of rotationally nonsymmetric surfaces, which today are the revolutionary field of freeform optics and the basis for the recently created NSF I/UCRC Center for Freeform Optics directed by Professor Jannick Rolland, Kyle’s PhD primary advisor. This connection would not have been made in this era without Kyle’s insight.

Kyle went on in his PhD work co-advised by Professor Rolland and Dr. Kevin Thompson to not only complete an expanded NAT theory for freeform optics but to co-invent, devise, manufacture the components for, assemble, and align an optical system to conclusively show the validity of his discovery and additionally to design, specify, test, and assemble a first imaging optical system to exploit the new theory. Kyle published his work in Optics Letters and Optics Express in a series of four papers.