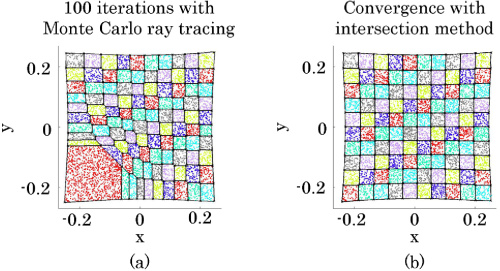 Abstract: We propose a fast algorithm to estimate the flux collected by conic reflector patches, based on the calculation of intersections between neighboring patches. The algorithm can be employed in conjunction with the supporting ellipsoids algorithm for freeform reflector design and is shown to be orders of magnitude faster and more scalable than the commonly used Monte Carlo ray tracing approach.generate reflectors that produce continuous illuminance distributions.