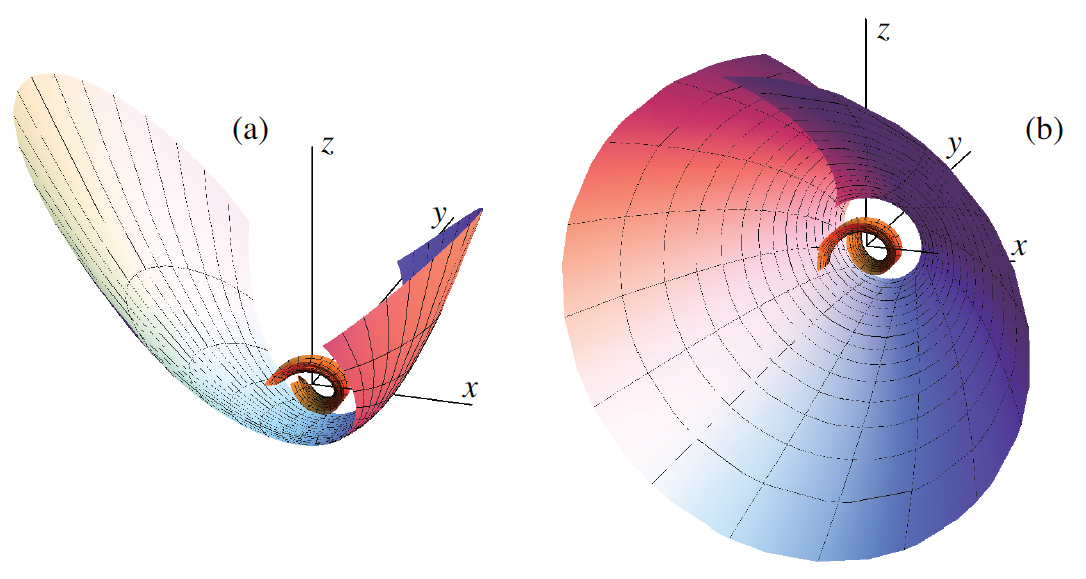 Mirrors that generate helical accelerated fields and the resulting caustic segment (shown in orange) following illumination by a collimated beam that is (a) normal and (b) parallel to the caustic’s axis of symmetry.

Miguel Alonso recently co-authored a paper, ‘Generation of nonparaxial accelerating fields through mirrors. II: three dimensions ,’ in Optics Express. This is the second of a series of two papers on this topic. The first one can be found here.

Abstract: Accelerating beams are wave packets that preserve their shape while propagating along curved trajectories. In this article, we extend the ray-based treatment in Part I of this series to nonparaxial accelerating fields in three dimensions, whose intensity maxima trace circular or helical paths. We also describe a simple procedure for finding mirror shapes that convert collimated beams into fields whose intensity features trace arcs that can extend well beyond 180 degrees.